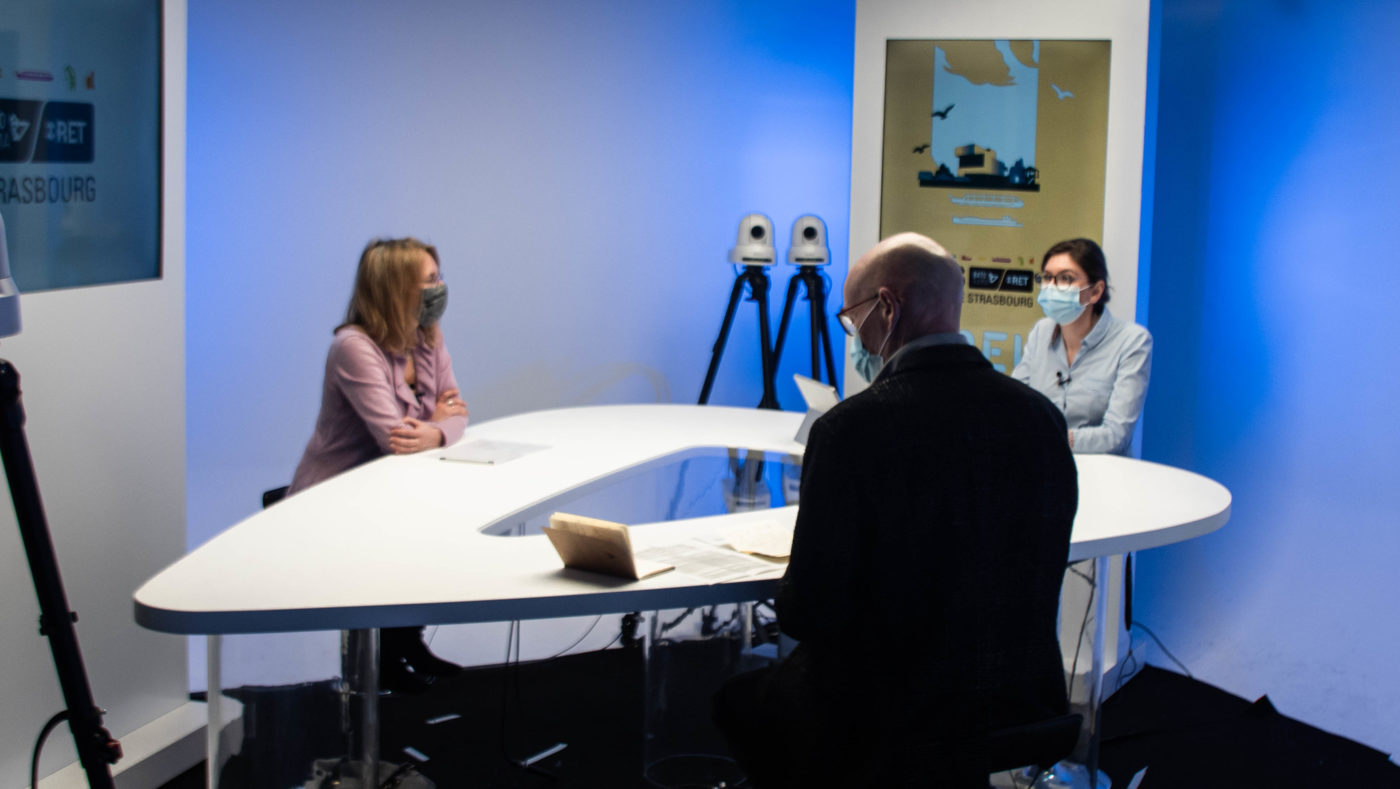 Ports of Strasbourg: activities 2020 and perspectives 2021

Ports of Strasbourg: activities 2020 and perspectives 2021

Today, Anne-Marie Jean, President of the Ports of Strasbourg, in the presence of the general management, presented her best wishes to all the staff of the PAS Group. This annual event, which is 100% digital for the first time, is an opportunity to announce final figures of the year 2020 and to present the outlook for the future. In 2021, PAS will move to its new headquarters, in the heart of the first business zone in the area, the relocation of its subsidiary Rhine Europ Terminals will be operational and Batorama will launch innovating projects.

2020 traffic: maintaining a high level of service during the pandemic

Overall river traffic amounts to 6.8 million tons, down 9.5% compared to 2019. The downturn in the construction sector, observed in the first half of the year during the containment period, is reflected in the statistics. This trend can be observed throughout the Upper Rhine.

To maintain the logistics chain and guarantee supplies to businesses and individuals (energy, food, manufactured products), PAS group teams remained fully mobilized on site or in telecommuting, with no interruption in service.

The effects of the pandemic were specifically damaging on tourism activities of the Group. The year 2020 recorded fewer than 15,000 passengers on Rhine cruises whereas activity, which has been growing strongly since 2017, reached 230,000 passengers in 2019. 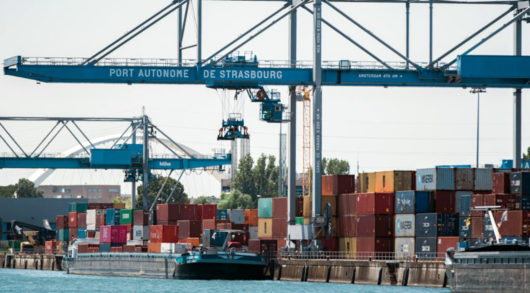 Rhine Europe Terminals controlled the impact of the decline in traffic with 363,229 TEUs* handled across all modes of transport, a 4.7% decrease compared with the previous year.

Road transport was the most penalized by the local interruption of traffic and the drop in activity of some Alsatian companies during the first containment, with -8.2%.

* TEU: Twenty-foot equivalent unit (TEU) is a unit of measurement for containers. Provisional figures for 2020

2020 is also a year of successful completion for RET.

The subsidiary will move into its new premises in mid-March 2021. 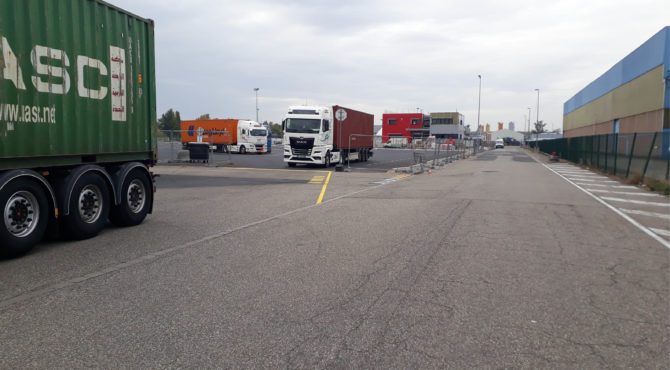 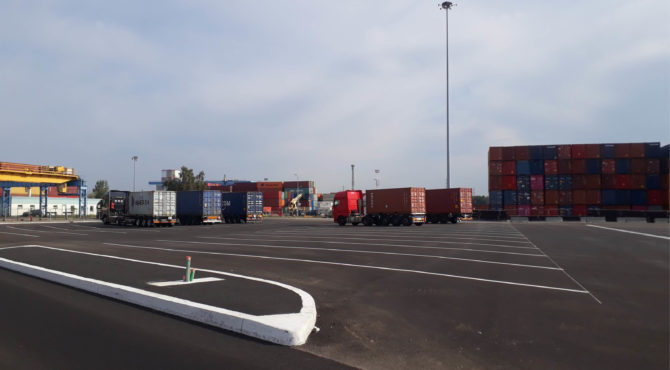 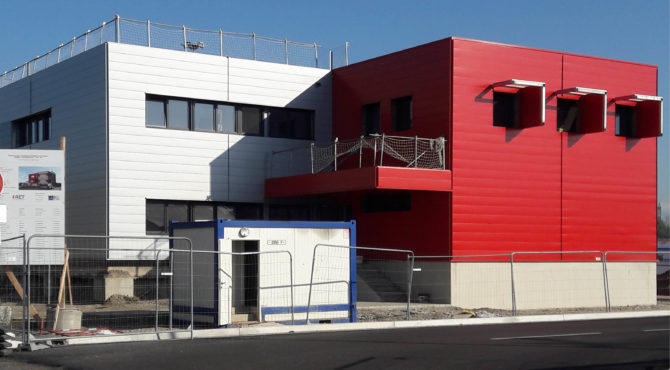 Batorama’s two shutdowns during the confinements had a significant impact on traffic: 166,535 passengers were handled in 2020, only 20% of the previous year’s traffic.

Batorama reinvented its offer and deployed new operations for the local public and its community: 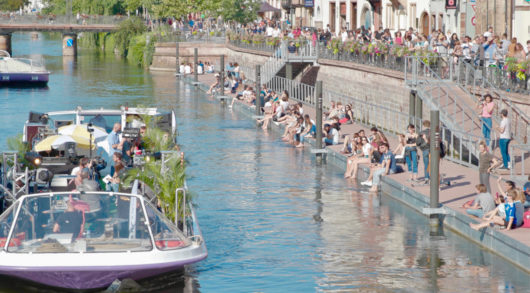 Despite the context, Batorama continues its commitment to invest in a zero-emission and more flexible fleet. Offers are currently being analyzed for the construction of a pre-production electric boat in 2021, and the new fleet will also see the renewal of the reception docks.

Finally, through its new NAOS boat, Batorama will offer new services in 2021: 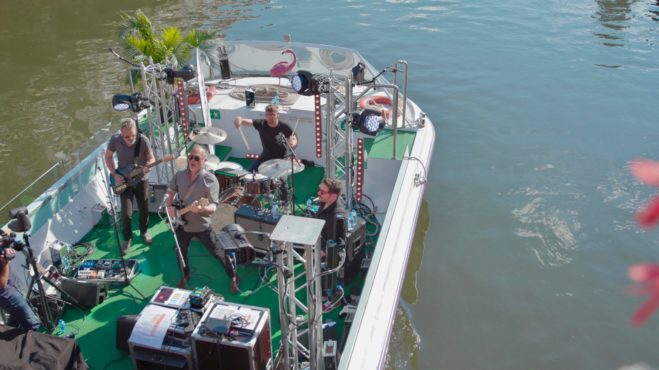 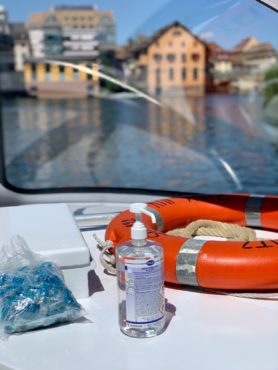 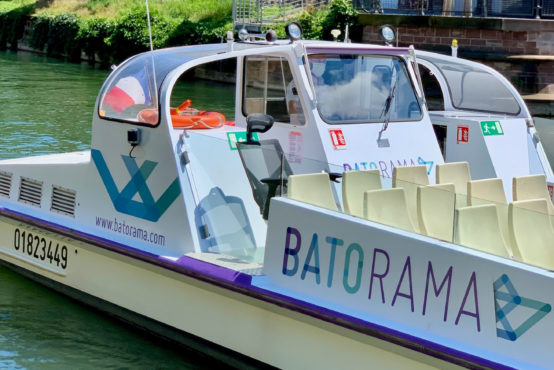 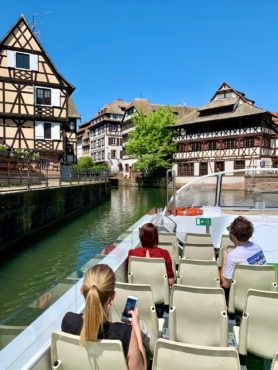 The ecological transition in action

PAS Group is continuing to implement its PHENIX corporate strategy, based in particular on accelerating investments and large-scale projects in favor of the ecological transition of the largest business park in the eastern part of France.

R-PAS : a low-carbon heating network at the port

It is the thermal energy dissipated by all the furnaces, boilers, reactors and machines used by industrial companies to produce goods and materials. This resource is an energy opportunity that the Ports of Strasbourg, R-CUA, a subsidiary of the semi-public company R-GDS, and the Banque des Territoires have decided to keep. The objective of the R-PAS Company is to convert waste heat into green energy. It will start operating in 2021 by recovering the heat emitted by the Blue Paper paper mill. Eventually, a potential of 160 GWh is to be exploited in the port, equivalent to the consumption of 35,000 homes.

Multimodal in nature, the Ports of Strasbourg wishes to give new impetus to rail traffic to strengthen this mode of mass transportation. Work to lengthen and electrify the tracks to accommodate higher capacity trains was completed in December 2020. It should be remembered that a train carries an average of 100 containers.

The multimodal offer in northern Alsace is being strengthened, in April 2020, with a new concession for the Lauterbourg terminal called Lauterbourg Rhine Terminal Company, which brings together Paris Terminal, Haeger&Schmitt, CFT and PAS, and which began operating this month.

The routing of goods in the heart of cities is becoming a major logistical challenge at national level. At the beginning of 2020, the PAS welcomed the pioneering company ULS (Urban Logistic Solutions) to carry out the delivery of the last few kilometers between the port and the shops in the city center of Strasbourg using boats and cargo bikes.

In partnership with the Eurometropole (local city identity), PAS realized a new section of cycle tracks in December. Now, 1.2 km of bicycle paths serving the companies of the rue du Havre and connecting the city’s bicycle network under the Avenue du Rhin is fullfilled. This work brings the PAS bicycle network to 6 km.

At the same time, a diagnosis of the travel habits of the port area’s employees on their home-work journey was carried out in 2020. It shows a real desire on the part of car owners to change their habits in favour of the bike. The construction of bicycle tracks is continuing in order to provide a safe network for cyclists in the southern zone:

A group committed to the local economy:

To renovate and modernize the port area, PAS has invested every year in the service of the quality of the infrastructure made available to businesses, including:

The complete renovation and enhancement of the 900-meter-long La Rochelle side street, including roadways and access, landscaping design in connection with the Rue de La Rochelle, networks, and LED lighting.

In 2021, PAS will continue its efforts to provide regional economic development actors with the means to succeed:

Development and improvement of rail and waterway services

Port companies are also committed to the port area:

Back to the port

By moving to the heart of the port in a few weeks, the PAS headquarters is not only making a historic move (since 1926 in city-center) but is also carrying out a genuine modernization of internal and external processes: acceleration of dematerialization, new work habits in the context of Corporate Social Responsibility, etc.

“Next April, the PAS teams will enjoy the comfort of the new headquarters, the flagship of the port area. We hope that the partners of the Ports of Strasbourg (companies, associations, local and European institutions) will quickly find a reinforced proximity and the ability to listen that characterize the Port and help the port community to grow”, Anne-Marie Jean, President of the PAS Group.